I went to South Korea!  I attended Jung Il-woo’s Fan Meeting! I’m so happy, feeling so thankful… it was a WOONderful trip in every way!  In a way it feels like a dream.  I was brought so fast to the reality of my life (which is pretty WOOnderful too!) that my mind is having a hard time adjusting… jetlag does not help!  I never felt jetlag going there, but here my body gets really tired in the afternoon… and then I am wide awake at 1:00am.  SO bizarre!  It really brought home what it means to be jetlaged!  Spain, Europe… can’t even begin to compare!  It’s like a mini jetlag there!

About the trip, the hardest was choosing the most important of all that is available.  I also wanted to see a lot of the important Jung Il-woo sights. I share the details of the trip right HERE. There you will find the links to the posts I wrote while being there.  It was not easy writing the posts.  I was so tired most nights that I went straight to bed.  I would wake up early to write… I found I was twice more productive and had a clearer mind.

The next step is to write more detailed pages and place them under the Places to Visit in Seoul section. This will take time, but I’m so excited to do it as I will learn even more about what I saw! WOOhat an extraordinary thing it is that now I know so much about Korea…  to think that less than three years ago I had no idea where it was in a map!  And now I feel my knowledge is real, I can say I was in South Korea, I visited all those places, I laughed there, I ate there, I slept there… and I held Jung Il-woo’s hand in mine for one second as I looked into his beautiful eyes!  Huge hand compared to mine by the way!  I heard his voice talk to me… !!!

I just can’t imagine my life without Jung Il-woo now.  Fascinating the turns of one’s life for sure!

Well, John Lennon was right… life is what happens to you when you are busy making other plans!  As you know because of my fortuitous awakening at the time of the sale of Jung Il-woo’s Fan Meeting at 2:00 am Bostonian time, I’ve changed my traveling plans. I will be traveling to Seoul, South Korea to attend his Fan Meeting!!!  I will have about a week to choose some of the many sights I want to see… and I will share it all with you through Instagram and then in more detail when I get back…

Every second of the day, I am so thankful!  I just can’t believe I’m going in less than a month!

Well…I have set a date for this trip!  I’ve decided that the best year for it is 2019, during the summer!  And I have a route!

I will go to these countries in the following order:

Taiwan (1 week)  Last week of June.  I have a friend who is from there and she will be traveling there in the Spring of 2019!   She invited me to come and we will travel together!!!  She may join me partly in the next part too:

South Korea  (2 months!)  July and August…more if Jung II-woo has a Fan Meet and I’m lucky and get picked to attend!

I wish I could add China…but it’s just too much…so I guess, I’ll leave this huge country for my next trip…!   Maybe then I can do China-South Korea.  Oh I’m so excited!!! This will be the trip of a lifetime! And the best part I have all this time to prepare!

Today PBS (which is an educational/entertainment channel) will start broadcasting a series about China… I need to see if they have programs about the countries I’ll be visiting.

And today…we had one of the most beautiful sunsets I’ve ever seen from my window… orange and purple!!!  I will take this as an omen of good luck!  You can see the maple trees are getting their leaves…makes me so happy!!!

I am planning my first trip to South Korea!  and to Asia!  I’m not sure when I’ll be going for sure as it depends on:

In South Korea I want to:

So…as I plan and research, I will add to this section… I figured it may help someone else plan their trip too! And it helps me stay focused and organized!  I’m so excited!!!  It’s funny because I delight just as much in planning a trip and learning about a place, as when I’m there in real life.

I better start reading soon because I’m so ignorant about this part of the world!

What do I know about South Korea?  It’s South!  Actually I looked this up a while ago because I wanted to know about time difference and the weather there.  I discovered it’s not that South in reality, in fact it’s about the same distance from the Equator to Seoul as it is to Boston! Boston is about 400 miles higher. So cool!  I also know there is exactly a 12 hour difference!  It’s biggest city and capital is Seoul, and I still wonder if it means soul!  I know that Korea was first part of China, but then the Japanese took it from them and finally were forced to let it go during World War II.  So South Korea is a very new country! I’m still not sure what divided North and South Korea, but I did read that Russia, China and Japan took the side of North Korea and the US and was it the British? took the side of South Korea…then what they split it like it was cake!  What on Earth!???! And all the families that were split up… horrible!  Well my “ignorancia” means only one thing…that I need to study the History of Korea.

I need a good history book.  Or books…  I will start with what I usually do to warm up, I just borrowed a teenager’s book about South Korea from the library!  This will give me some background knowledge and then I can concentrate on the parts that called my attention the most and hopefully find books about them.  I really want to have the basic timeline of historic events in my head, so I can know what I’m looking at. This is the book I just borrowed form the library: 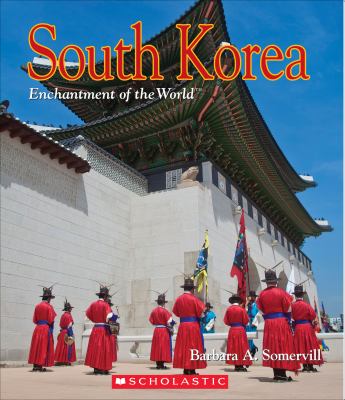